Discover ten key public policies that made us who we are

Bilingual Education (1960, 1966)
The breaking down of the language barrier, inimical to racial unity, must be further intensified to strengthen the foundations of a multi-racial nation… It is in the schools that we must intensify our efforts. – Ong Pang Boon (Education Minister, 1965)

When Singapore achieved independence in 1965, the government understood the need to unite communities through common languages. The Bilingual Policy was initiated to bridge the communication gap across communities while allowing ethnic groups to retain their cultural roots.

Since almost all ethnic Chinese households in Singapore spoke in dialects, Mandarin was chosen as the mother tongue to unite Chinese communities across various dialect groups. Across ethnic groups, English became the lingua franca to unite races, while ensuring Singaporeans’ ability to connect with the world.

The Bilingual Policy gave rise to increased usage of Mandarin at home, leading to a loss of dialect fluency. English-medium schools also quickly became more popular, and within a decade and a half, Chinese Singaporeans’ enrolment into Chinese schools dropped to 10%.

In 1965, when Singapore achieved independence, almost all ethnic Chinese in Singapore spoke dialect in their homes. Dialect remained the most common communication language for Chinese families. As a result, the government decided that there was a need for a mother tongue language, Mandarin, to unite the Chinese community beyond their exclusive dialectal lines of communication. Uniting the Chinese is one of the crucial steps, and the other being integrating them into the Singaporean cosmopolitan society. English thus became the lingua franca that could potentially unite all the races while ensuring Singaporeans’ ability to connect with the world.

The birth of the Bilingual Policy affected not only the Chinese, but also all the other ethnic groups. This policy ensured Singapore’s competitiveness with its people’s ability to connect to the world in English, while retaining their cultural roots. The impact of this policy on the Chinese community was an increase usage of Mandarin within their homes and the preference of Chinese families to send their children to English-medium schools. Within a decade and a half, Chinese Singaporean families’ enrolment in Chinese schools dropped to 10%. The result was also an increasing lack of fluency in dialects amongst young Chinese Singaporeans, which helped to remove the gaps between the dialect groups.

Speak Mandarin Campaign (1979, 1990)
Chinese Singaporeans face a dilemma. The Chinese we speak is divided up among more than twelve dialects. Children at home speak dialect; in school they learn English and Mandarin. After 20 years of bilingual schooling, we know that very few children can cope with two languages plus one dialect… The majority have ended up speaking English and dialect. – Lee Kuan Yew (Prime Minister, 1979)

The Speak Mandarin Campaign was implemented twice in Singapore’s history. Its first run in 1979 was a follow-up to the 1966 Bilingual Education Policy. It was initiated based on insights from the Goh Report, an assessment of Singapore’s education system, by Goh Keng Swee. The report showed that Chinese students still spoke dialects instead of Mandarin within homes. The 1979 Speak Mandarin Campaign was announced by then Prime Minister Lee Kuan Yew in hopes of making Mandarin the lingua franca among Chinese Singaporeans. The campaign was a major success. As a result, younger generations of Chinese Singaporeans have lost much fluency in their dialects. A 1990 census showed a 28% decrease in Chinese households speaking dialects.

Chinese Singaporeans are very practical. The Chinese Language Review Committee, in a survey carried out among secondary students in Singapore, found that those from English-speaking families considered passing examination as their main purpose of learning Mandarin… As far as learning English is concerned, all of them, whether from English-speaking or Mandarin-speaking families, said they did so for better employment prospects. – Ong Teng Cheong (Deputy Prime Minister of Singapore, 1992)

The Speak Mandarin Campaign was revived in 1990. This time, it was no longer to discourage the use of dialects, but had the goal of improving students’ attitude towards learning Chinese. English, rather than Chinese, was favoured by parents and children as it was seen as a fashionable language. People believed that mastering English would guarantee success in life. Afraid that the Bilingual Policy was losing its effectiveness, the government brought back the Speak Mandarin Campaign with a focus on the importance of learning Mandarin. In the same year, the Ong Teng Cheong Committee was also set up to improve the teaching of Chinese in schools

Introduction of Extra-curricular Activity (1966)
The aim of encouraging sporting and other youth activities is not only to foster development of the physical well-being and the personality of each individual, but also to provide opportunities for pupils of different language and cultural backgrounds to come together, and thereby help to promote mutual understanding, and, ultimately, the creation of a united multi-racial society. – Ong Pang Boon (Education Minister, 1965)

In 1966, following the implementation of the Bilingual Policy, the government saw a need for students of different ethnicities to interact. Extra-curriculum activity was introduced to create opportunities for integration. Students would bond across ethnic lines based on their shared passions beyond the classroom. These common interest groups have become the foundation for forging a common national identity in Singapore.

In 1999, extra-curriculum activity was renamed “co-curriculum activity” to drive a stronger message that these activities were a concurrent part of Singapore’s education system. It continues to be an effective tool for fostering racial harmony today.

Public Holiday Allocation (1966)
Public holidays in Singapore are mostly related to the festive celebrations of the major ethnic groups and religions. To ensure fairness, the number of holidays are allocated equitably across each major ethnic group and religion. For example, the Chinese enjoy two days of Chinese New Year, while the Malays also have two days for Hari Raya Puasa and Haji. Christians celebrate two days of holidays on Good Friday and Christmas while Indians will have two days for Deepavali and Vesak. Most Chinese Buddhists will also share the day of Vesak celebrations.

National Service (1967)
The National Service (Amendment) Bill was passed in Parliament on 14 March 1967, making National Service (NS) compulsory for all 18-year-old male Singaporean citizens and permanent residents. NS was not a new concept and was previously introduced by the British colonial government in 1954 at the height of the Communist Emergency in Malaya. At the time, many Chinese middle school students strongly opposed NS, resulting in deadly riots in 1954 and 1955.

The first batch of Singaporean men were called up in 1967 to undergo medical examinations. They were then selected to serve in one of the four branches of NS. About 10% of them were shortlisted to serve two years of full-time NS in the army while the others were deployed for part-time service either in the People’s Defence Force, Vigilante Corps or the Special Constabulary.

Since then, servicemen’s roles have expanded. Beyond protecting Singapore from armed conflicts, servicemen are now involved in countering terrorism, dealing with the aftermath of natural disasters and tackling health epidemics. In 1975, NS was extended to the police force and the first intake of full-time National Servicemen (NSF) was enlisted and deployed for peacetime and emergency functions. The Singapore Civil Defence Force then enlisted its first intake of NSFs in 1981 to provide emergency services to the nation during peacetime and crises. Today, the changing roles of servicemen reflect the need for NS to continually evolve and adapt to the changes in our society as well as potential threats.

These NS institutions also offer a shared experience where every male, regardless of ethnicity or religion, plays a part in the nation’s defence and security. NS facilitates inter-ethnic interaction between soldiers, pooling Singaporeans of different backgrounds together to maintain national security. Through this process, NSFs are exposed to society’s rich diversity as they learn to understand and respect one another.

Markets and Hawker Centres (1971)
Hawker culture is quintessentially Singaporean. It connects us to our families and our home, and is often the first go-to place after a long trip away. It is enjoyed by people of all races, faiths, family backgrounds and walks of life. – Grace Fu (Minister for Culture, Community and Youth, 2018)

Hawker culture is not new in Singapore’s history. Street hawkers had flourished since British colonial days, and continued to thrive even under Japanese Occupation, all the way till early post-independence.

Although street hawkers have been licensed since 1932, the government realised in the 1970s that it was important to regulate hawkers based on their location to prevent overcrowding. Following the formation of public housing estates, hawker centres were created within these neighbourhoods to provide an affordable variety of food for the masses.

Hawker centres soon became the backdrop of a multi-ethnic landscape. They were communal spaces where people of all ethnicities gathered to try foods from diverse cultures. In 2020, hawker culture in Singapore was inscribed on the UNESCO Representative List of the Intangible Cultural Heritage of Humanity.

Ethnic Integration Policy (1988)
If the movement towards separate community enclaves continues for another ten or twenty years, we would be back to here we started before independence. Communal enclaves would be re-created. Living in separate enclaves, the different races would find fewer opportunities to inter-mingle and understand each other. – S. Dhanabalan (Minister for National Development, 1989)

To avoid overcrowding and improve living conditions, the government created public housing. These high-rise apartments also known as Housing Development Board flats, house more than 80% of Singaporeans today. HDB neighbourhoods created communal microcosms and the ethnic integration policy ensured that each neighbourhood would have a mix of ethnic groups. This policy promoted social cohesion and racial harmony across every district.

Group Representation Constituency Scheme (1988)
The requirement for certain constituencies to be contested by multi-racial teams of candidates will require political parties and their candidates to take a moderate, multi-racial approach when campaigning instead of a communal or racially extreme approach – Goh Chok Tong (Minister for Health / Minister for Defence, 1982)

How can the government maintain a multi-racial Parliament despite a Chinese-majority population? A non-Chinese candidate would be at a disadvantage as he might not be able to connect with the majority in terms of race, language and even religion. However, the implementation of the Group Representation Constituency (GRC) scheme ensures that a minimum of one non-Chinese will be involved in the governance of a GRC, giving a voice to other ethnic groups.

Civics and Moral Education (1991)
The primary and secondary school curricula in Singapore includes civics and moral education. The syllabus helps students to better understand different religions and cultures. There is also an experiential aspect where students engage in activities, heritage trails and visit heritage centres to appreciate the various cultures and religions that make up Singapore’s uniqueness.

Racial Harmony Day is another occasion that promotes mutual understanding between cultures and ethnicities. It is celebrated in schools as part of National Education and in neighbourhoods by the Community Development Councils through week-long multi-ethnic events.

Inter-Racial and Religious Confidence Circle (2002)
The threat of terrorism is real. We cannot take the trust and harmony among the different races and religions for granted. Our religious leaders show the way in building trusting relations between them. Our IRCCs play an important role in rallying our communities to stand together particularly in time of crisis. However, to stay strong as a nation, each and every one of us has a part to play in staying vigilant and maintaining racial harmony – Grace Fu (Minister for Culture, Community and Youth)

The Inter-Racial and Religious Confidence Circle (IRCC) was set up in view of the September 11 attacks in America. 89 IRCCs were set up, one in each constituency. Given the multi-racial nature of each constituency, the IRCC was established to prevent any misunderstandings or misconceptions between races and religion. This is meant to quell any attempts at sabotage by extremists, and also serves to educate various faiths, beliefs and practices within the neighbourhood. 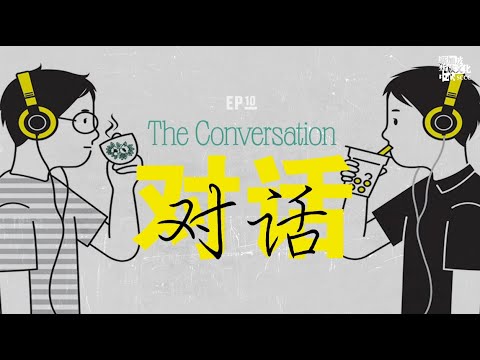 One of Us Ep 10: The Conversation 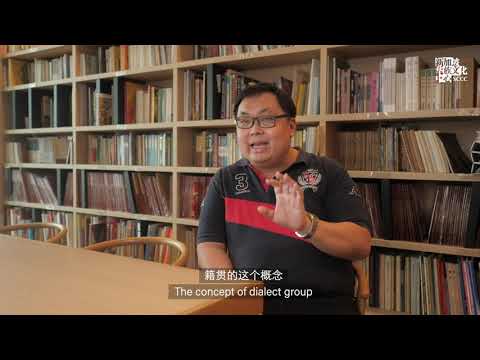 One of Us Ep 6: The Prologue 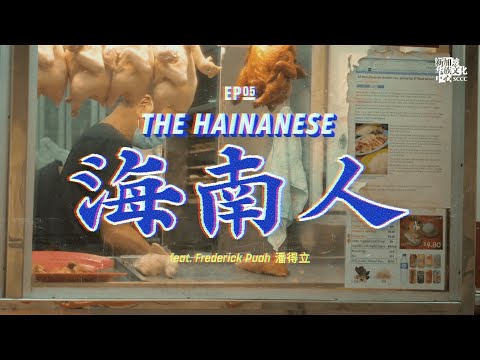 One of Us Ep 5: The Hainanese 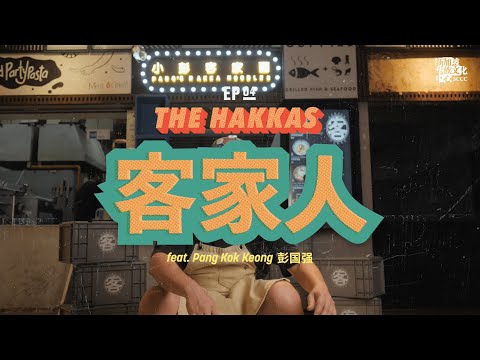 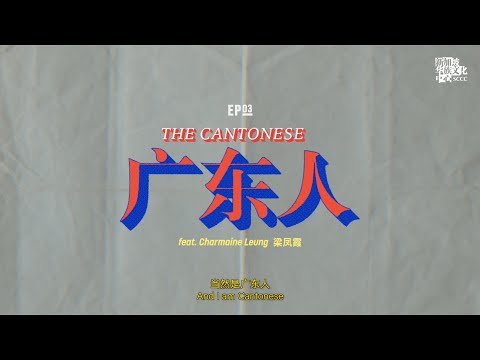 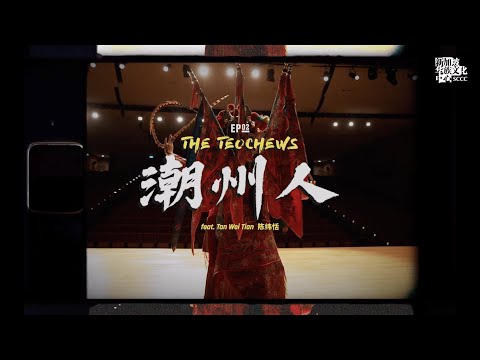 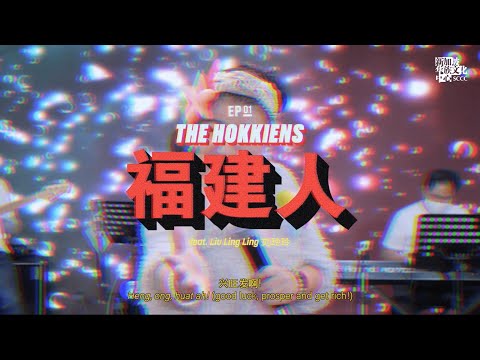 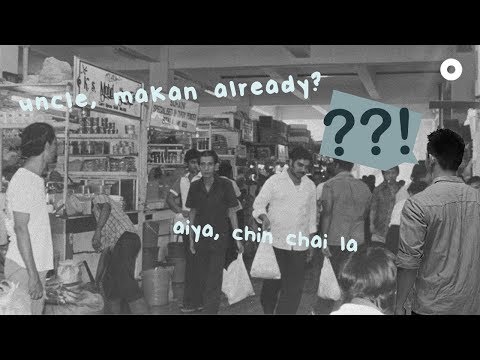